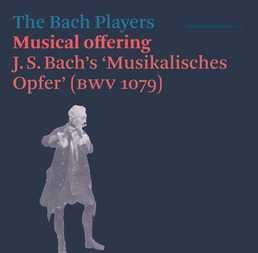 It employs the same instrumental combination required to perform the Sonata from the Musical Offering; existing published arrangements require an additional violin. An edition of this arrangement was published to coincide with the release of the CD recording. 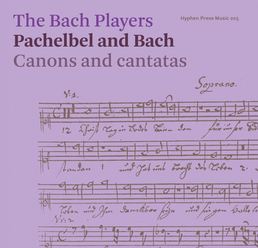 J.S. Bach, Canons on the Bass-Part of the Goldberg Variations, 2012
two violins, two violas, cello, continuo
Recorded: Pachelbel and Bach, The Bach Players
In keeping with the nature of the music, Bach left us the music for his 14 canons only in a cryptic notation – the equivalent of crossword clues without a solution.

The conundrum of the canons

Various editors have ‘solved’ the puzzles and created a fully notated score, but in all of these, each canon is treated as a separate musical work: the result is a collection of musical fragments, each of which lasts only a few seconds, and it is left to the performers to find a way to present them. When making my arrangement of the 14 canons, my intention was to create a score which would make the canons as digestible and attractive as possible, while also making their internal structure – the means by which they are constructed – as audible as possible.

My starting point was to organise the canons into groups on the basis of performance tempo, so that one canon could run straight into another: the result was a three movement plan typical of a sonata – Allegro moderato, Adagio, Allegro. The canon which Bach chose to hold in the Hausmann portrait (no. 13) posed the trickiest riddle: this ingenious triple canon produces only a few seconds of music which runs round in very close circles, building up a great sense of anticipation, but with nowhere to go. My solution was to release the energy created by this canon into the ‘Quodlibet’ (literally ‘what pleases’ – more on quodlibet at Wikipedia) from the Goldberg Variations (Variation 30). Bach’s biographer Forkel (more about Forkel on Wikipedia) explains the Quodlibet by referring to a custom observed at Bach family reunions:

“As soon as they were assembled, a chorale was first struck up. From this devout beginning they proceeded to jokes which were frequently in strong contrast. That is, they then sang popular songs partly of comic and also partly of indecent content, all mixed together on the spur of the moment. […] This kind of improvised harmonizing they called a Quodlibet, and not only could laugh over it quite whole-heartedly themselves, but also aroused just as hearty and irresistible laughter in all who heard them.”

Given that Forkel was able to interview Bach’s sons, this anecdote is likely to be true. The quodlibet in the Goldberg Variations is based on German folk songs, two of which have been identified. The most audible melody was sung to the words “Kraut und Rüben haben mich vertrieben, hätt mein’ Mutter Fleisch gekocht, wär ich länger blieben” (“Cabbage and turnips have driven me away, had my mother cooked meat, I’d have opted to stay”).

Finally, it is worth mentioning here the reason that there are 14 canons. Bach appears to have considered the number 14 to be a sort of signature, since in a number alphabet if A=1, B=2, C=3, etc, then B+A+C+H adds up to14. Bach waited a number of years so that he could become the 14th member of Mizler’s elite club and in the Hausmann portrait, Bach’s formal coat has exactly 14 buttons!

Details of the Verschiedene Canones

The first eight notes (Strand A) 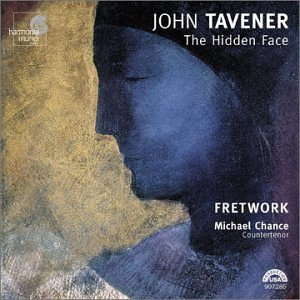 Henry Purcell, Two Songs (An Evening Hymn, O Solitude), 1996–9
Soprano/alto, 5/6 viols
Recorded: An Evening Hymn on The Hidden Face, Michael Chance, Fretwork
Published: Fretwork Editions, ‘Purcell, Two Songs arranged for voice and viols’
The ‘Evening Hymn’ arrangement was composed for a concert in the Naseby in 1995 to mark the 350th anniversary of the Battle of Naseby. It is has been adopted as a concert encore (also in version for string orchestra) by many singers, including Michael Chance, Emma Kirkby and James Bowman.