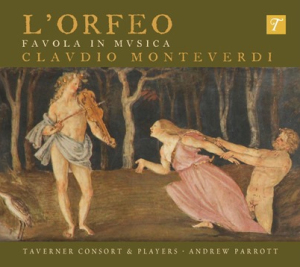 My creative, discerning continuo playing is much in demand.  From 2000 to 2010 I was principal keyboard continuo and assistant conductor to Sir John Eliot Gardiner.

I am a member of the In Echo and The Bach Players and play regularly with the Orchestra of the Age of Enlightenment, the Taverner Consort, the Academy of Ancient Music, the English Cornett and Sackbut Ensemble (the video below shows a recent concert), and La Nuova Musica.

Find out about future performances in my Diary.

Read a complete list of my recordings in the Discography.

I began working for Sir John Eliot Gardiner in 1999, and played a major role in the celebrated Bach Cantata Pilgrimage in 2000. I acted as assistant conductor and performing as soloist and continuo player.

I was also responsible for finding solutions to the recurring problem of performing Weimar and Leipzig cantatas side by side (Bach intended these works to be performed at different pitch standards) and devised the rehearsal timetables for the most complex weeks of the project – because the dates of the concerts were determined by the liturgical calendar, three different programmes needed to be rehearsed simultaneously in preparation for performance on consecutive days. Between 2000 and 2010 I was principal continuo player on keyboard instruments; in 2016 I returned as continuo player and assistant conductor.

Bach, Cantatas for the First Sunday after Trinity: recorded live in St Giles, Cripplegate
This was one of my personal highlights in the Cantata Pilgrimage in 2000. Extraordinary performances from the instrumental and vocal soloists and the freedom to explore the widest possible palette of continuo colours; Sir John Eliot Gardiner at his very best. Winner of the Gramophone Record of the Year Award in 2005.

Other recordings with the Monteverdi Choir

I am a founder member of this exciting and innovative new group – the brain child of cornetto player Gawain Glenton – that performs 16th and 17th-century repertoire for the remarkable combination of cornetto, violin, trombone, bass viol and continuo alongside modern commissions. Our first disc (release early 2018) is entitled Music in a Cold Climate.

The imaginative programming and collective ethos of this group have been a constant source of inspiration to me since I joined in 2007.

My contributions to the group’s projects have been diverse, performing on harpsichord and organ (both continuo and solo works), devising programmes, and advising on issues of performance practice. The group has also recorded my arrangements of the Bach canons.

Bach’s Library (2013)
A wonderful recording, featuring Marion Moonen, of Bach’s so-called ‘Orchestral Suite in B minor’ for flute and strings (performed here one to a part without double bass) set within the context of pieces that Bach had in his library. These include transcriptions for solo harpsichord of music from Marais’ opera Alcide, transcriptions which appear in a manuscript belonging to Bach’s ?cousin NAME…

Other recordings with the Bach Players

1995 to 1996: Advanced Instrumental Studies (harpsichord and early piano), Guildhall School of Music and Drama, with Jill Severs and Carole Cerasi

Find a complete list of recordings in the Discography.