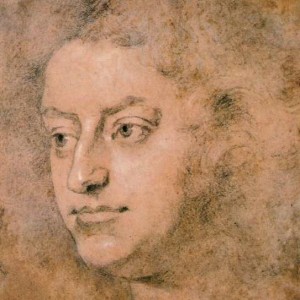 Purcell’s early overtures, found in the manuscripts Yale University, Beinecke Rare Book and Manuscript Library, Osborn 515 and London, British Library, R.M.20.h.9, are discussed within the context of a broader picture of violin-band music in London in the 1670s.

It is suggested that Robert Smith may have been a source of influence for the harmonic style and unusual structure of the Staircase Overture, which is compared with the symphonies of anthems and odes by Humfrey and Blow. The presence in London of French composers and their music is explored and the scarcity of imitative writing in the second section of overtures by English composers is interpreted. A date around 1680 for Purcell’s overture in G minor Z772 is suggested, partly on the basis of its position within the manuscript Yale University, Music Library, Filmer 8, and the suggestion that the five-part writing reflects Italian influence is challenged. In the overture in D minor, Purcell’s debt to Locke is examined; this includes echoes of a ‘viola-style’ of writing for the second part which Locke appears to have abandoned sometime after 1668.

The great flourishing of English violin-band music composed for use at court and in the theatres during the reign of Charles II has received almost no scholarly attention other than in Peter Holman’s Four and Twenty Fiddlers (1993). In this thesis, the physical make-up of the principal sources is examined for the first time, their nature, date and purpose is suggested and their relative authority is assessed.

The history of violin bands in Europe spans the seventeenth century in the form of an arch: at the beginning of the century violin bands were few in number, by the middle of the century their popularity was at its peak, and at the close of the century, most violin bands had been replaced by orchestral ensembles. The rise of the violin band was due principally to its effectiveness as an indication of wealth and status, a role epitomised by the band at the French court, the Vingt-quatre violons. Charles II heard this ensemble first hand during his exile in the 1650s and his enlargement of the band at the English court following his restoration to the throne in 1660 was clearly a response to his experiences in France.

The specific purpose of the thesis is to examine a theory put forward by Peter Holman, in which he suggested, on the basis of an examination of the music of Matthew Locke, that the Twenty-Four Violins changed from the use of violas on the second part to the use of violins, sometime in the early 1670s, and that this change was the result of Italian influence. Locke’s writing for violin band is compared with that of his colleagues, John Banister, Robert Smith and Pelham Humfrey, and Holman’s theory, and the assumptions on which it is based, are tested against the evidence of this broader context.

It is suggested that if a change did take place, it was not to an Italianate style of equal writing for the second part, but to an intermediate style, peculiar to English music, which had the subordinate nature of a viola part but the range of a violin part. The dating of repertoire by Smith and Banister indicates that this style was employed by at least 1671, but other evidence, both musical and historical, appears to contradict the interpretation that there was a change in instrumental practice at this time and alternative theories are explored.

2013 Performance practice workshop in ‘Chains of Gold: Rhetoric and Performance in the verse anthem’, organised by the Centre for Research in the Arts, Social Sciences and Humanities (CRASSH), 2 March

2013 ‘The Humfrey Puzzle’, informal symposium at Oxford University, organised by Andrew Parrott to celebrate the 40th anniversary of the Taverner Consort